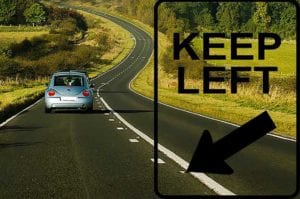 I don’t scare easily, but nothing puts the fear of God in me like left-hand-side driving on foreign roads.

On a recent visit to Bermuda, while I was taking a pre-dawn walk along a winding road, I nearly collided with a swarm of scooters. Turns out I was facing the wrong direction. In London, despite signs on the pavement warning tourists and absent-minded pedestrians to “look right,” I was almost run over by a bus. I’ve never tried to rent a car there. I don’t dare.

Tourists who forgot to drive on the left-hand side

But many travelers do, and that’s a problem. Just a few weeks ago, a German woman in New Zealand died when her camper collided head-on with a car. She had been driving on the right-hand side of the road, which is the wrong side Down Under. An Irish survey a few years ago found that an astounding one in 10 road accidents on the Emerald Isle involve tourists; many are probably related to wrong-side-of-the-road driving.

If your travel plans take you to Australia, India, Japan, New Zealand or the United Kingdom, then you should consider this before you leave your hotel, and definitely before you rent a car. In fact, about a third of the world’s drivers go to the left, including motorists in many Caribbean and Pacific islands and parts of Africa. So there’s a reasonably good chance that you’ll someday have to drive on what, to you, is the wrong side of the road. 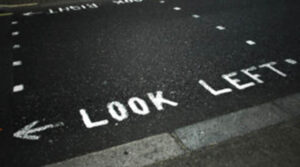 Bob Barton, president of the American Car Rental Association, insists that making the switch isn’t difficult. “You have to focus and concentrate,” he told me. “Bring a companion, so you don’t have to worry about navigation and turns, and you can fully concentrate on the drive.”

The Association of Car Rental Industry System Standards, an organization that develops standards for international car rentals, says governments are doing their best to help visitors make an easy transition to the left side of the road.

Diane Clancy, a spokeswoman for the group, said many airports in destinations with left-hand traffic post signs at the airport warning car renters to switch lanes. “The car rental on-airport operators will also provide useful advice,” she says, but adds that they will do so only if you ask.

Beverley Brookes, a retired immigration officer from Ottawa, says that making the adjustment can be jarring when you see a car facing you on the wrong side of the road. (Interestingly, Canadians used to drive on the left. The last left-drive roads in Newfoundland switched in 1947.)

“The hardest part is in making turns,” Brookes says. “Your tendency is to get to the right-hand side of the road when you turn, but you have to get on the left. I found that saying ‘left, left, left’ continuously until I got around the corner really helps.”

Tips for taking a drive on the left-hand side
Kristi Moriarty’s tip for driving on the left — and she’s used this one many times on roads from Australia to South Africa — is to use another vehicle in front of you to orient yourself. By following the car, but not too closely, she always knows that she’s in the correct lane.

The hardest part? Operating a vehicle with left-hand controls. “The turn signal and windshield wipers are in opposite spots,” says Moriarty, an engineer from Denver. “You will drive with a clean windshield but rarely signal to other drivers while turning.”

Barton’s advice to get help from a friend doesn’t work just for car rentals, by the way. Jane Becker, who works for a software company in Hermosa Beach, Calif., remembers her honeymoon in Bermuda. She and her husband rented a scooter, and whenever he started turning right, she’d squeeze his waist to let him know he was going the wrong way. “This system worked very well for us,” she says. “I think a back-seat driver is essential when you’re switching to an unfamiliar side of the road.”

The Beckers didn’t almost run over any travel columnists when they were in Bermuda, either. At least not that they can remember.

Be cautious
By the way, I’m not the only one who fears taking a drive on the left-hand side. Siobhan Dugan, a records specialist for a federal agency in Washington, tried it once in Ireland and reports that my misgivings are completely justified. She had several close calls, including narrowly avoiding a head-on collision with a truck.

“Our trip south from Dublin to Kilkenny should have taken three or four hours,” she says. “Instead, it was a tense six hours, leaving me frazzled and exhausted. On my next trip, I stuck to buses and trains.”

Come to think of it, it’s a wonder that car rental companies in left-driving countries even rent to Americans. And that’s not just the scaredy-cat in me talking. Tracy Zorpette, a lawyer from Washington, remembers returning her rental in Ireland after a recent trip.

“The attendant asked not whether, but how many accidents we’d had during our trip,” she says. “When we said none, and that the car was just as when we’d rented it, he seemed not to believe us and went to personally inspect the vehicle.” 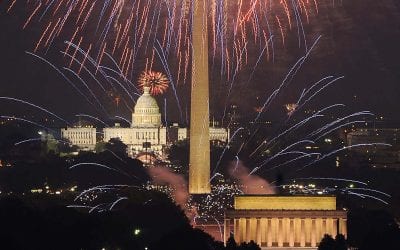