Human hotel booking can be important, especially in special circumstances 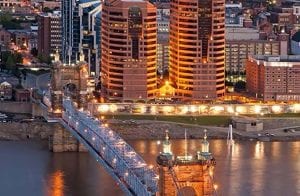 These days it’s hard to keep track of all the online booking sites for various hotels, all of them promising great deals, many of them doing online ads and/or television commercials showing beautiful rooms and suites, if only you click here… These sites are missing an important human hotel booking touch.

The human hotel booking touch is still important. With hotel rooms being a very perishable commodity every night, it’s reasonable that properties would try as many ways as possible to fill those rooms.

This post doesn’t discount the potential deals you can find online. However, hotel rooms, despite online check-in options,  are usually assigned by humans. And humans are more likely to do nice things for other humans they know. First, many travel agents have preferred relationships with hotels through consortiums like Signature, Virtuoso and Travel Leaders. These often guarantee their clients amenities like breakfast, food or spa credit, upgrades, etc.  But even for consortium bookings, human touch can make a big difference.

Here are a couple of examples of the benefits of human touch.
A first time client wanted a Washington, D.C., hotel in the Dupont Circle area. While there are many fine hotels in that area,  I have gotten to know the sales manager at one of them. Our agency consortium gets breakfast and a credit, but since it was this client’s first trip to D.C. with me and she doesn’t have a preferred hotel yet, I reached out and asked my buddy to make her feel especially welcome.

Not only did she tell me how much she likes the hotel, but in her message, she mentioned there being treats set out like cookies and chocolate, and she was a bit worried she’d be charged for eating them. Nope, just a nice sales representative doing her job, and making sure this client now has a #1 choice in town.

Similarly, another client was heading to Europe this week with a large family with adult children. They were convinced they had worked out accommodations staying with a friend. It turns out the friend’s house was over an hour from town. That meant they needed four deluxe rooms for three nights on short notice in high season. Their first choice hotel showed that it had only two rooms left for those dates, not only in our travel agency computer but on their own website.

At that point, it was simply a matter of emailing the sales representative for the chain, who I know, and saying, “Help!”  It was a good-sized booking, I told them honestly, and that the family would move to a different hotel if two couples had to move rooms and asked if there was a way to work something out. By the next morning, a few days prior to arrival, the hotel told me they had worked it out, and gotten everyone accommodated, with free breakfast included for all. If I had to guess, I assume they upgraded some other guests with slightly different dates. In any case, it worked.

Both travel agents or hotel employees are more likely to be able to offer value and added amenities at first-class and deluxe properties. But even phoning a motel directly might get you a preferred room when online sites show full.

This doesn’t mean a human getting involved can always work miracles. Nor does it mean humans can’t make mistakes. We can and do. Sometimes, online booking travelers can indeed get lucky. But instead of clicking away, if it’s a special occasion or you just care about your stay, consider picking up the phone instead, or writing an email to your travel agent or directly to the hotel.

As federal fines for airlines go down, will passenger dissatisfaction go up? 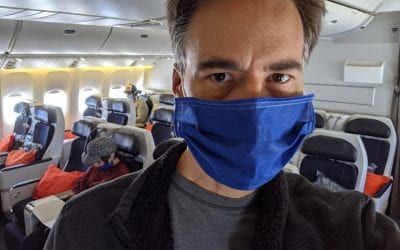