How should you travel with your pet? 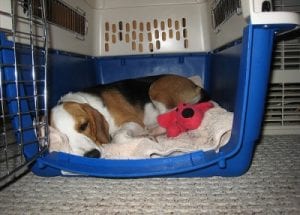 Earlier this year, the U.S. Department of Transportation tightened some of its rules about service animals. Among some of the policy changes, it gave the green light for airlines to ask passengers traveling with a service animal to provide documentation related to vaccination, training or behavior.

The policy shift has made air travelers pay more attention to the issue than at any other time. They’re asking tough questions about the benefits of air travel to animals.

On a recent flight from Los Angeles to Honolulu, Dave Terry almost tripped over a 70-pound Labrador Retriever every time he stepped into the aisle to use the bathroom. After six hours of sitting next to the otherwise well-behaved canine passenger, he wondered why on earth people fly with dogs.

It turns out that question – should I travel with a pet? – sharply divides pet owners and other passengers.

Should you get a “free trip” for your pet?

Terry, who works for an aluminum railing manufacturer in Pomona, Calif., says the dog’s owner claimed the white lab was an emotional support animal. But for him, and the other passengers on the plane, it felt more like a safety hazard, he says.

“I love dogs and understand some people have special needs,” he says. “But after watching it, I’m not sure what support it provided the owner. It looked more like a free trip for the dog.”

Some travelers complain that their fellow passengers claim their dogs are emotional support animals just to fly them for free.

Experts find no benefits to pets when flying

The new policies come at an interesting time. A recent survey by Trupanion, a medical insurance company for pets, found that 1 in 5 pet owners travel with their animal companions. Most of them (37 percent) travel by car, but a significant number (18 percent) fly with their pets. An unknown subset of those passengers falsely claims their pets are “service” animals, although Tupanion didn’t ask about them. (No wonder we receive more than our fair share of complaints about service animals on the Ellliott.org consumer advocacy site.)

Even so, there’s a more fundamental question pet owners should ask, say experts.

While there are several benefits to human passengers – companionship being the most obvious – the animal experts we consulted couldn’t name one benefit to the animal.

Yes, just like humans, pets stress out about flying

“Travel can be stressful for pets,” says Jo Gale, a manager for scientific advocacy at Mars Petcare. “So, before you plan to travel with a pet, it’s important to ask: Will both my pet and I have a good time if we travel?”

I interviewed dozens of experts about air travel with pets. And while there are several benefits to human passengers – companionship being the most obvious – they couldn’t name one benefit to the animal. I couldn’t find any veterinarians who recommended traveling with animals. Also, there’s no credible record of a cat, dog, or miniature horse, ever asking to fly.

ALSO ON TRAVELERS UNITED BLOG: Everything you need to know about traveling with animals (and kids)

Traveling with a pet affects others like allergy sufferers

But there’s another side to this story. What about the millions of allergy sufferers? For them, flying in a confined space with an animal could trigger a potentially deadly allergic reaction.

When the Department of Transportation solicited comments about animals on planes last year, the allergy sufferers made their presence known. And they raised a valid question: Whose rights are more important? The allergy sufferer’s – or the pet owners?

Even the experts admit the idea may have some merit. Jeff Franklin, a dog expert who owns Cobra Canine, a dog training business, says he’s decided to keep his dog, Abigail, at home when he flies. Franklin says too many people have abused the airline’s permissive rules about service animals. They are not thinking about their pet’s welfare.

“In the end, I made the decision to do what I think is best for Abigail, especially as she has aged, and not for myself, which would be to have her with me all the time,” he says.

If you put the animal’s welfare first, you already know the answer to the question, “Should I fly with my pet?” Once you consider your pet’s best interests, it’s almost impossible to board a plane with your animal companion.

“If your dog or cat is likely to suffer no matter the mode of travel, they are probably best left at home,” says Aimee Gilbreath, executive director at Michelson Found Animals, which created a free national microchip registry. “If you suspect that your pet will be uncomfortable while flying, have a trusted friend or family member look after them instead or choose a pet boarding facility that suits your pet’s needs and personality.”

How to know if you should fly with your pet

Here are a few questions you should ask before bringing your dog or cat on your next flight:

How much will it cost?

Clayton Lopez and his wife, Janelle, paid $150 for each of their cats to accompany them on a trip to Costa Rica. That didn’t include the price of vaccinations. It was an eventful trip for the couple, who write an adventure travel blog. “Both cats lost at least five pounds and overall, they gained more anxiety and were less happy,” says Lopez. “We’ll never travel with our cats again.”

Do you know your pet?

You should have some idea of how your pet will react by being enclosed in a pressurized aluminum tube. Also, consider how long the trip will take and the facilities available to you, says Amy Tokic, editor of PetGuide.com. If you’re traveling for more than two weeks to somewhere that’s pet-friendly, “by all means, bring your pet,” she adds.

Does doggie get stressed?

“If your dog loves to go in the car or fly on the plane without causing them to be stressed, then bring them along,” says Sara Ochoa, a small animal and exotic pet veterinarian and a veterinary consultant for doglab.com. Travel with a pet, but bear in mind that it’s not just flying, but also hotels and a new location. If that freaks out your dog, then keep him home.

How to find on-time statistics on airline websites 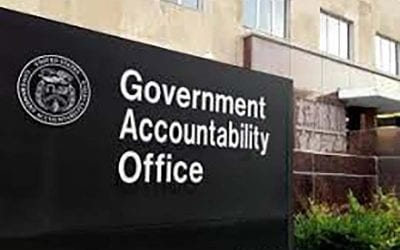