Fun with stopovers — add an extra mini-vacation on the way

Stopovers are fun and cost effective ways to create maximum travel value. With ninja planning, you can create multiple vacations from a single round trip flight purchase.
My definition of a stopover is when you spend time at an interim destination on the way to another destination. For instance, when flying from the East Coast to Hawaii, you can stop in San Francisco, Los Angeles, or other places. Most airlines define a stopover as spending more than four hours in the US and more than 24 hours abroad.
Three examples from my travels (note that my “stopovers” do not fit the airline’s official definition):
– Between Los Angeles and Sydney, Australia, I stopped in Honolulu for three days.
– On a return flight from Casablanca, Morocco, I arranged a 16-hour stopover in Madrid. When I set up the flight, I could have had a shorter connection in Madrid but I intentionally selected a later flight. That 16-hour stopover allowed me to visit the Prado museum, spend time in Retiro Park, explore Madrid by foot for a few hours, eat paella in Plaza Mayor, experience the vibrant nighttime scene, buy some souvenirs, and visit an Irish pub. 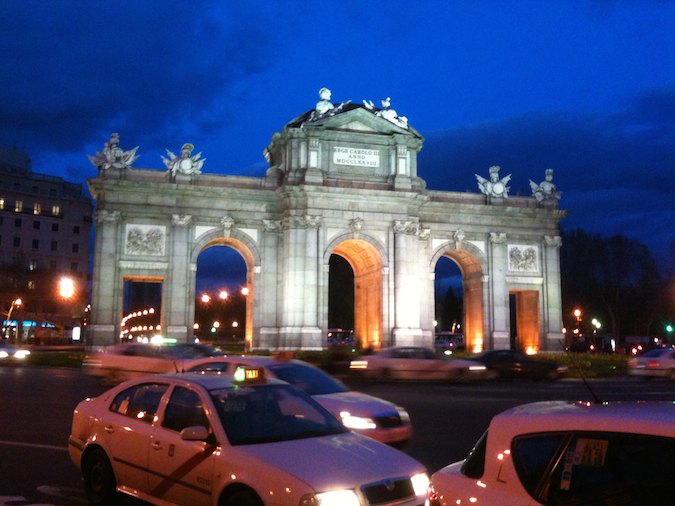 – For an upcoming trip, I am flying one airline into San Francisco and a different airline from Oakland to Kona, Hawaii, the next day. I chose these flights to break up my long journey, have dinner with a long lost cousin, explore Jack London Square, and spend more time in Kona (10:30 p.m. with the direct flight versus noon the next day).
With split tickets you can create your own stopover in your desired destination rather than adhering to an airline’s routing.
This nice article shows free stopovers in international destinations.
Looking for some fun stopover possibilities, I found Guadeloupe in the Caribbean. How about flying Air Canada with a 15-hour stopover in Ottawa and 19-hour stopover in Montreal? I also saw a route on American Airlines with stopovers of 14 hours in Miami and 20 hours in San Juan, Puerto Rico. These stopovers are in addition to your actual stay in Guadeloupe. 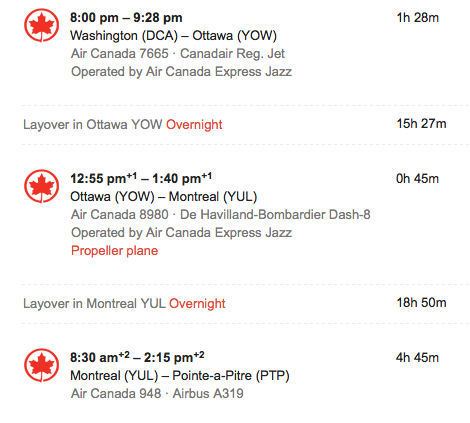 I briefly talked stopovers with George Hobica, creator and president of Airfarewatchdog, and he told me stopovers are “usually on the very lowest fares because the airline assumes you don’t want to stop over.” He told me that Airfarewatchdog staff sees stopover fares all the time, but they pop up at random. He said they recently saw “Philadelphia to Maui with 24 hours in SEA for $555 RT on Alaska Air vs. $750 lowest on through flights.” George suggests setting the Duration filter on Google Flights to over 24 hours (maximum is 29 hours 30 minutes and then Any Duration).
Have you booked any stopovers? What fun destination would you like to make a stopover?

Unplug at these no-tech destinations