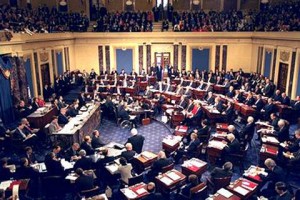 As the Senate and House get closer to negotiating the final FAA Reauthorization Bill, consumer groups are focusing on a provision in the House version that will eliminate the Full Fare Advertising Rule. If the House version prevails, airline passengers will find that total airfares including taxes and fees will increase.

Rolling back the Full Fare Advertising Rule will harm consumers.

For consumers, rolling back the Full Fare Advertising Rule, allowing airlines to advertise airfares without the mandatory taxes and fees, would harm consumers and make comparison shopping and competition among airlines almost impossible.

In 2012, airlines were required by a DOT rulemaking to include all mandatory taxes and fees in their advertised fares. DOT’s instructions allowed the airlines to separate out taxes and fees from their airfares. However, the total advertised price had to include all mandatory taxes and fees. Travelers United was the lead consumer advocacy group working with DOT on this new rule. It was a part of Travelers United’s efforts to make airfares and ancillary fees more transparent.

In a previous post, I noted that Section 405 (included below) of the current House Version of the FAA Reauthorization Bill will allow airlines to return to misleading and deceptive advertising. Ultimately, it will remove the current ability for consumers to comparison shop among airlines by aircraft routing and total price.

Back in 2012, before DOT mandated the Full Fare Advertising Rule to control deceptive advertising, airlines advertised transatlantic flights for $65. Of course, after reading the fine print a consumer found that the least expensive ticket cost more than $750.

The basic consumer motivation is to comparison shop and then choose the lowest-priced airline route option that includes all the additional taxes and airline fees. Travelers United’s efforts fell short when it came to disclosure of optional ancillary fees. However, this Full Fare Advertising Rule provided the first opportunity for consumers to shop based on the total cost of travel -— airfare plus all mandatory taxes and fees.

A recent study of international airfares shows the importance of this rule for consumers — The Full Fare Advertising Rule (FFAR) saves consumers millions of dollars every year. After careful analysis, the study concludes:

…we find that the more prominent presentation of tax-inclusive air fares following the implementation of FFAR is associated with a sharp decline in pass-through rates for unit ticket taxes. Prior to FFAR, airlines passed through nearly the entire tax onto consumers in the form of higher base and total fares, while in the post-FFAR period, only about 25 cents of every dollar of unit taxes is passed onto consumers.

In other words, when consumers have the opportunity to comparison shop across all airlines and all available routes based on the full price of travel, the total price paid by consumers decreases. Overall, passengers pay less. When passengers are provided with the option of selecting a route with higher taxes or with lower taxes and the total price is clearly noted, travelers will select the lower-taxed option with the lower total price.

Needless to say, airlines have been fighting this consumer-friendly and competition-friendly provision for years. After the implementation of the Full Fare Advertising Rule in January of 2012, a group of airlines took DOT to court to force a rollback of the new rule. They lost.

When the two different versions of the FAA Reauthorization Bill are hashed out in a conference, hopefully, the current rule will remain in force. Travelers United’s efforts have been focused on keeping the Full Fare Advertising Rule in place.

This is the current text of the attempt by the House to eliminate the Full Fare Advertising Rule.

“(A) the government-imposed fees and taxes associated with the air transportation; and

“(B) the total cost of the air transportation.

“(A) IN GENERAL.—For purposes of paragraph (1), the information described in paragraphs (1)(A) and (1)(B) shall be disclosed in the advertisement or solicitation in a manner that clearly presents the information to the consumer.

“(B) INTERNET ADVERTISEMENTS AND SOLICITATIONS.—For purposes of paragraph (1), with respect to an advertisement or solicitation for passenger air transportation that appears on an internet website or a mobile application, the information described in paragraphs (1)(A) and (1)(B) may be disclosed through a link or pop-up, as such terms may be defined by the Secretary, that displays the information in a manner that is easily accessible and viewable by the consumer.

(3) REGULATIONS.—Not later than 120 days after the date of enactment of this Act, the Secretary of Transportation shall issue final regulations to carry out the amendment made by paragraph (1).

(A) the effective date of regulations issued under paragraph (3); and

(B) the date that is 180 days after the date of enactment of this Act.

(b) Disclosure Of Fees.—Section 41712 of title 49, United States Code, as amended by this section, is further amended by adding at the end the following:

“(1) IN GENERAL.—It shall be an unfair or deceptive practice under subsection (a) for any air carrier, foreign air carrier, or ticket agent to fail to include, in an internet fare quotation for a specific itinerary in air transportation selected by a consumer—

“(A) a clear and prominent statement that additional fees for checked baggage and carry-on baggage may apply; and

“(B) a prominent link that connects directly to a list of all such fees.

“(2) SAVINGS PROVISION.—Nothing in this subsection may be construed to derogate or limit any responsibilities of an air carrier, foreign air carrier, or ticket agent under section 399.85 of title 14, Code of Federal Regulations, or any successor provision.”.