Know the full-fare advertising rule for airlines to save money 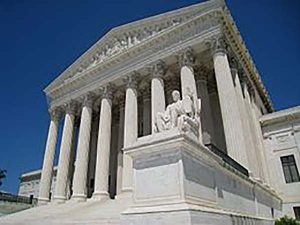 Many travelers do not know how important the full-fare advertising rule is to passengers. This rule mandates that all airline price advertising must include airfare plus all mandatory taxes and fees. This means that passengers can purchase an airline ticket for the advertised price.

Consumers just lost a major battle with the airlines over a definition of unfair and deceptive pricing (UDAP). Well, really not much is changing, but the rules are now written. We have already discovered the problem with this rule — airlines will keep probing until they figure a way to turn this UDAP rule into a weapon. The first attempt to jam a new rulemaking into the UDAP definition was with the full-fare advertising rule.

Clearly, advertising a partial price is false advertising. However, rules and regulations do make a big difference in terms of what is acceptable as “truth in advertising” and what is considered misleading and deceptive.

Prior to the establishment of the full-fare advertising rule in 2012, DOT allowed airlines to advertise tickets in very creative ways. At that time, Travelers United, working together with the Department of Transportation (DOT), wrote language clarifying airline price advertising.

Before the DOT rule change, Boston newspapers and magazines often had ad headlines stating, “Fly to London for $69!*”

The important part of this statement was always the small asterisk following the price. In tiny type at the bottom of the advertising, travelers learned more. This advertised price was not the full airfare. It was one-half of the round-trip ticket between a city in the USA and London. But, it didn’t include taxes and fees and no one could purchase one-half of a one-way cheap ticket.

This ad is misleading, however, except for an airline marketer. The absolutely least expensive ticket between Boston and London cost $751 at the time. It was impossible to purchase a transatlantic airline ticket for $69. Clearly, the claim that one could fly from the US to Europe for only $69 was misleading and deceptive. In the vernacular, it was false advertising.

What the deconstructed advertised airfare never told travelers looking to purchase tickets to London was the following:

While the airfare side of the cost of travel may have been listed as $138, passengers paid more. The other mandatory taxes and fees added up to $613. The full-fare advertising rulemaking back in 2012 dramatically changed the way that airlines were allowed to advertise.

Under the full-fare advertising rule, airlines must disclose the full price that the consumer will actually need to pay for air travel.

Airlines may communicate additional [information], such as the portion of that total price that constitutes government taxes and fees, in a manner that does not inhibit the customer’s ability to discern the total price. This rule was a reasonable response to concerns that recent developments in the air-travel marketplace had made it more difficult for customers to ascertain the true cost of flying.

… insist that they be permitted to continue enticing customers by advertising single-digit air fares when the actual cost of travel is vastly higher, allowing this practice to continue would ill serve the public interest. (See 76 Fed. Reg. 23110.)

[The] “full-fare advertising” provision characterizes any price advertising for air transportation as an unfair or deceptive practice “unless the price stated is the entire price to be paid by the customer.” 76 Fed. Reg. at 23166 (amending 14 C.F.R. § 399.84).

The courts looked at the full price -— DOT prevailed

Let’s look at the cost of a recent airline ticket cost flying from Washington, DC, to Barcelona, Spain, in May of 2018. This Price Summary is taken from the reservation confirmation for flights dated November 12, 2017.

This is a bargain coach ticket, the sort that the airlines would use in their advertisements.

Under the previous law, before 2011, airlines could have advertised this price in DC newspapers:

Clearly, no one can fly to Barcelona and come home for only $157. Even today, round-trip international tickets are highly discounted vis-a-vis one-way tickets.

According to DOT, “Consumers have consistently confirmed that advertising of prices below the total cost of travel causes confusion. In 2006, the Department considered this issue. It received over 700 responsive comments, “nearly all from individuals who are not travel professionals.” Nearly 500 of them favored requiring a total price inclusive of taxes and fees. 71 Fed. Reg. 55398, 55399 (2006).

With the full-fare advertising rule, the advertised price would look more like this:

Anyone who purchases gasoline at the pump can attest there is nothing novel about requiring sellers to reveal to consumers the full cost of the service offered. This is particularly apparent where an item is subject to special taxes and fees beyond the generally applicable sales tax.

Never rest on your legal laurels. Airlines are attempting to overrule the rule by changing the definition of the truth. The US Judicial System has seen through their actions.

The airlines lost court cases at the US Court of Appeals for the District of Columbia Circuit. Later, they failed to convince the Supreme Court to hear the case. In 2016, the FAA Reauthorization Bill wording was included that would legalize this deceptive practice. The House of Representatives passed language in the last two FAA bills allowing this deceptive practice, but the law never gained traction in the Senate.

The Full-Fare Advertising Rule protects airline consumers from much unfair and deceptive advertising.