I’m a food junkie and I’m never going to change. 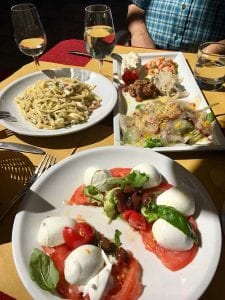 I have a confession: No matter where I travel, there’s no such thing as leaving a place without checking out where the locals shop. If I’m buying gifts, some of the best ones are found in local markets. That is the food junkie mantra.

While some people gauge a country by its museums and monuments, others gravitate to a place because of sand and surf. Many head to destinations based on what they can buy and bring home. None of these reasons is right or wrong. People travel for their own reasons — that’s their business, not mine.

But no matter where I go — and I’m always ready to go anywhere, even to places where I can’t get a visa — I always have some must-sees after the usual major tourist attractions. Travelers don’t come to Paris and not see the Eiffel Tower. They rarely go to Siem Reap in Cambodia and not visit Angkor Wat. Granted, we know that.

I love markets where locals shop for food

After Notre Dame or the Luxembourg Garden, my personal food junkie list includes places where locals shop for food. Street market or supermarket, it’s all the same to me. We learn a lot about a culture from the food people eat at home and from the food for sale in the markets. The prices of groceries, from staples to produce to meat, give some idea of the general condition of a country’s economy. I get a rough notion of how large a proportion of household income the locals are willing (or forced) to pay to feed themselves. 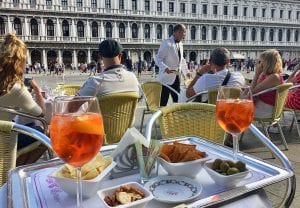 Perhaps my fascination (obsession?) with grocery stores began when I moved to Paris. I didn’t speak French beyond bonjour, s’il vous plaît and merci. I was intimidated by the open markets. If I touched a tomato, the vendor might slap my hand, loudly saying, “N’y touchez pas.” I’d slink off and wonder if my cooking days were over as well as my food junkie days.

Of course, I also wondered what are those strange cuts of beef and why do the chickens still have their heads attached. That was many years ago, before so many vegetable, cheese, and meat vendors were pushed out by supermarkets that lack local color. Shoppers “bonded” with the store clerks. Grocery conversations included how to cook what you carried in the bag you supplied or placed in your caddie. After spending hours in the local supermarket I learned to discern different foods being sold and new ways to prepare it.

Wherever you are (even in a grocery store in the same town), a food junkie adjusts to the way food is displayed, priced and used. Those elements, after all, are cultural, not universal.

Australian supermarkets are expensive even when buying local products such as fruit and cheese. The high cost of Australian beef surprised me. The wine is good, but (OK, I’m prejudiced) wines of comparable quality are found for less in France.

In Asia, I modify my food junkie list unless I’m in a grocery store that caters to Westerners. It’s not hard to identify them, since they stock many items few locals would consider buying, and the stores generally have bigger grocery carts. There will be boxes of cereals, and few Asians begin their days by eating Wheaties (“The breakfast of champions”) for their get-up-and-go.

Rice is cheap, according to Western standards. Not too many foreigners search for tiny portions of dried shrimp and other weird-looking items. If travelers crave peanut butter, chances are it’s going to set them back more than they want to pay, unless they can’t do without a fix. Forget wine and opt for beer. 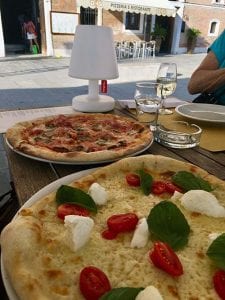 Obviously, no matter where I travel, I compare products with what I’m used to finding in France. But then, consciously or not, I inevitably compare shopping in France to shopping in the States. Parisian markets are for the most part much smaller than American grocery stores. The huge supermarkets are normally only found in the suburbs. Without a car, getting there and then home again with purchases presents a problem.

As the world becomes increasingly global, I factor in how many KFCs and McDonald’s restaurants I find. Now, Starbucks is expanding — all in the name of profitability. Some days I wonder if the Western world will become “same same.”

I have hundreds of photos of markets I’ve visited. I remember one in Morocco with a booth where teeth were being sold. It will always remain among my collection. I loved the camel inspecting the table.

Be careful with what you buy to take back home

One last tip: Never purchase anything that doesn’t comply with Department of Agriculture regulations, because once you’ve been subjected to that screening, you sure as hell don’t want to experience it again.

Do other travelers consider markets main tourist attractions? Are you food junkies? Please post your experiences. To be sure, there are some funny ones. I wonder whether or not someone bought teeth for the camel even though his (or hers) looked fine to me.