The FAA’s delegation of airplane certification has gone too far 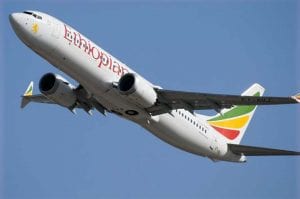 Boeing’s 737 MAX 8 crashed because of design flaws with the aircraft and not because of only pilot errors. After defending the FAA safety system on radio interviews and TV and in print, I have concluded that the aircraft certification system failed. The FAA safety focus that has produced one of the safest periods in aviation history broke down.

Today more than 300 people are dead. The aircraft has been grounded. It appears the “software fix” will take far longer than planned. And, the airlines that depended on the FAA’s focus-on-safety system that bet on the new Boeing 737 MAX 8 have lost their bet. The big question is, “Why?”

I am far from an aircraft safety expert. However, this article is an attempt to put together a series of events that led to the two crashes. Every step has been vetted by aviation experts. I am simply bringing these steps toward disasters together for the non-technical American public.

When and if the Boeing 737 MAX is permitted to fly again, it will be very safe. However, I know there will be major changes in pilot training, software design, and safety-feature pricing. Plus, after months of bad press, the American public will need to be reassured about the safety of the planes.

During the previous Democratic and Republican administrations, the FAA created a program where safety issues could be discussed and revealed without penalties to the airlines and manufacturers. This It-Takes-A-Village approach came about as the aircraft and technology became more complex. It became impossible for the FAA to examine every portion of any aircraft regularly. The entire aviation industry and the American public depend on those who performed the regular maintenance of the planes.

Everyone in the aviation system bought into the no-fault program. As long as the overall economic environment remained the same, the pressures for safety would remain unchanged. Maintenance contractors, airline maintenance workers, aircraft manufacturers, and software engineers all worked together. They reported problems that they found with planes during maintenance overhauls. These issues were revisited after various periods of operation. And, the operating manuals were modified as new troubles with planes were discovered.

In effect, the FAA adopted an It-Takes-A-Village approach to what became a dynamic safety culture. This system served the American public well and met the needs of the FAA. All airline maintenance operators became dependent on other airline maintenance personnel to learn about aircraft defects and how to correct them.

For a short time, the FAA attempted to become a forceful enforcer of safety regulations. However, the maintenance forces of the airlines rebelled and stopped providing problems that they discovered for fear of losing their jobs and airlines faced the prospect of reporting aircraft problems at their own financial peril. Eventually, that heavy-handed enforcement stopped and the FAA returned to the symbiotic safety system that allowed a shared safety environment to flourish.

One might make the case that Airbus A320neo caused the Boeing 737 MAX crashes.

The announcement of the introduction of the Airbus A320neo back in 2006 changed the aviation landscape. According to Aviation Voice, the Airbus A320neo “promised 15-20% operating cost reduction over the present generation, since the new engines will burn 16% less fuel.”

At the same time, Boeing was studying replacements for its 737 series of planes. Reports as late as 2014 were that Boeing would replace the workhorse of its fleet by 2030 with a new aircraft design. However, under pressure from airlines and Airbus, Boeing shelved the 2030 737-replacement plans and decided to use the safe tried-and-true 737 airframes. That would allow it to put new fuel-efficient engines on the old airframe and match the Airbus A320neo. Boeing’s redesigned 737 flew only nine days after the first delivery of the A320neo.

Without the competitive introduction of the Airbus narrow-body jet, Boeing would never have had to cut corners on its planned redesign of the 737. Those corners that they cut in the interest of profits (and as it turns out, safety) had mortal consequences.

READ ALSO: Can planes still disappear from the sky?

The design of the software programs that “made the new 737 MAX fly more like the old 737s” were not redundant in the basic airplane configuration. Plus, “Boeing charged extra” for added safety features.

The FAA/aviation industry It-Takes-A-Village approach works well when many airlines and maintenance organizations cooperate. Everyone helps each other to keep flying safe.

Woefully, the safety culture of the FAA and aviation industry appears to have failed in the instance of the certification of the Boeing 737 MAX. The need for better oversight from the FAA appears to be clear whenever “village” members have diverging and competing interests.

ALSO ON TRAVELERS UNITED: Airlines fail and passengers get no flight delay compensation