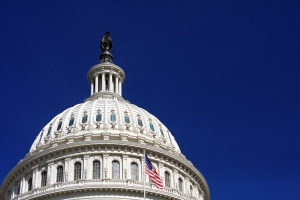 Eight of the largest consumer groups in the country banded together to send a clear message about airline customer rights to Congress. As you read this the House of Representatives and the US Senate are debating how to shape the FAA Reauthorization Act. This bill is important to consumers.

Here is the letter that was transmitted September 12, 2018, to Congress.

The undersigned eight consumer advocacy organizations urge you to support the bipartisan FAIR Fees Act amendment that was included in S.1405, the Federal Aviation Administration Reauthorization Act of 2017,[1]as well as additional consumer protection language in any FAA Reauthorization Act conference agreement.

The FAIR Fees Act language in the bill is a compromise provision that would require change and cancellation fees to be reasonable and bear a relation to the actual cost to provide the service. The Department of Transportation (DOT) would also be charged with developing fair standards for assessing the reasonableness of other ancillary fees.

For years, consumers have had to endure the airlines’ imposition of fee after fee for services like seat reservations, checked bags, and ticket changes that used to be included in the basic cost of flying. Airlines often claim that the unbundling of fees for these services has reduced the cost of flying. However, it does not take an economist to spot that airlines’ rapidly increasing fees far outpace both the rate of inflation and the cost to provide the service.

Last week, for example, both JetBlue and United raised their checked baggage fees yet again.[2]And based on experience, it is likely that other airlines will soon match this increase. Even before the recent fee hikes, statistical analysis had determined that the cost of flying is increasing. The Associated Press has found that base fares, adjusted for inflation, have increased by 5% since 2010.[3]Likewise, the Government Accountability Office has found that the cost of flying has increased, once fees for checked baggage are included.[4]Instead of reducing the cost of flying as the airline industry frequently claims, the proliferation of confusing and punitive fees has forced consumers to become travel experts in order to successfully navigate the modern aviation marketplace without being penalized.

Flight change and cancellation fees, in particular, can be very punitive in nature since consumers cannot plan for unexpected events that force them to change their travel plans. In spite of the often-unavoidable nature of needing to change travel plans, the three major legacy airlines – but not Southwest – charge a per-ticket fee from $200 to as much as $750 for an international flight to change a reservation, even if they are then able to resell the ticket for a higher price than that for which it was originally purchased.[5]While testifying before a US Senate Commerce, Science, and Transportation subcommittee, United Airlines CEO Scott Kirby admitted that the $2.9 billion annual income from change fees is “not a direct cost when somebody changes,” but rather that those fees are simply another revenue generator.[6]Contrary to industry claims that the FAIR Fees Act amounts to re-regulation of the airlines, requiring that fees bear a reasonable relation to the cost to provide the service will prevent price gouging by the airlines, which is entirely in keeping with the DOT’s legal mandate to “protect consumers from unfair or deceptive practices or unfair methods of competition” in commercial aviation.[7]

In addition to the FAIR Fees Act language, both the House and Senate FAA reauthorization bills include many pro-consumer protections that we believe should also be included in a conference agreement. In the House bill,[8]these are among the provisions our organizations support:

Unfortunately, the House bill also includes the Transparent Airfares Act (Sec. 405), which would weaken much-needed fare and fee transparency requirements. Our groups strongly oppose the inclusion of this language in the final conference agreement.

In the Senate bill,[9]these are among the provisions our organizations support:

We do not support Sec. 3121 of the Senate bill, which would direct the DOT to study minimum seat pitch, and is significantly weaker than Sec. 541 of the House bill.

For these reasons, the undersigned consumer advocacy organizations strongly urge you to keep the bipartisan FAIR Fees Act amendment and the above-mentioned consumer protection provisions in the conference agreement to the FAA Reauthorization Act.

CC:       Members of the U.S. Senate and the U.S. House of Representatives

[1]§ 3129. “Regulations prohibiting the imposition of fees that are not reasonable and proportional to the costs incurred. This section” Online: https://www.congress.gov/115/crpt/srpt243/CRPT-115srpt243.pdf

Never forget the terror of 9/11 and unsung heroes

Traveler tips for working better on the road