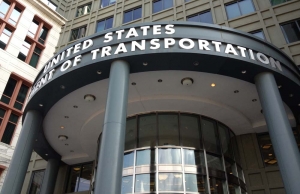 The Department of Transportation (DOT) keeps track of the airline industry. Every month it releases a report the Air Travel Consumer Report about airline service. The statistics report covers subjects including on-time performance to oversales (denied boarding and bumping),  mishandled baggage reports to airline complaints filed with DOT, and tarmac delay statistics to flight cancellations.

Here is the DOT Air Travel Consumer Report for April 2018 that provides a statistical state of flying.

The U.S. Department of Transportation (DOT) today released its April 2018 DOT Air Travel Consumer Report (ATCR) on air carrier data compiled for the month of February 2018. The full consumer report and other aviation consumer matters of interest to the public can be found at http://www.transportation.gov/airconsumer.

In February 2018, the reporting carriers canceled 1.7 percent of their scheduled domestic flights, slightly up from the 1.5 percent cancellation rate posted in February 2017, but an improvement over the 3.0 percent rate in January 2018.

Detailed information on airline on-time performance, cancellations, and tarmac delays is available from the Bureau of Transportation Statistics.

Editor’s note: This is a flawed statistic that is part of the DOT Air Travel Consumer Report. It reports on the number of mishandled baggage based on the number of passengers flown.  If the number of passengers flying check fewer bags, the statistics appear to be an improvement for the airlines. In other words, if the airlines were to charge even more for checked baggage fees and fewer passengers checked their bags, the resulting statistics would be indicated by DOT as an “improvement in baggage handling.” In fact, the DOT Air Travel Consumer Report encourages worse handling of baggage and fewer checked bags.

Complaints About Treatment of Disabled Passengers