Discover where you live instead of taking a long trip 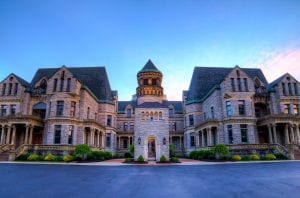 If the current “don’t travel far from home” regimen has you down in the dumps, take heart. A world of wonder awaits. Just head out to discover where you live. Travel around the corner or only a short walk away and see something new.

The lock-down protocols curtailed far-flung excursions. Don’t hide the car keys, stash walking shoes and postpone thoughts of seeing things and taking part in activities that give you pleasure. Discovering where you live may seem foolish, but it makes travel a local experience.

Use your imagination and computer. You’ll find a surprisingly inviting list of activities and places you may not have known or simply forgot close to home.

From art to movies, gardens to ghosts, the choices are virtually endless. This brief introduction is meant to energize your imagination. Open yourself to the wealth of opportunities that might await much closer to home than you may have realized. It also could achieve a heightened sense of appreciation for where you live.

Art is everywhere, no matter where you live 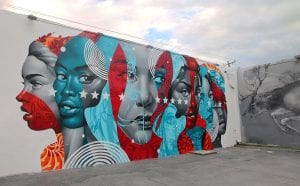 Art is all around us, not just confined to museums. Discover where you live adds art to your everyday experience.

The Wynwood Walls in Miami display murals that cover the sides of abandoned warehouses. More than 100 artists from over 20 countries exhibit there. Their creations help to elevate street art to a respected genre.

The color-saturated walls of buildings also serve as canvasses for murals in the Foundry District of Fort Worth, Texas. The works by local artists line appropriately named Inspiration Alley. A sampling of outdoor art scattered around that city exists in a walking museum. Restaurants, shops, and other establishments behind the paintings add to the appeal of a visit to this neighborhood. 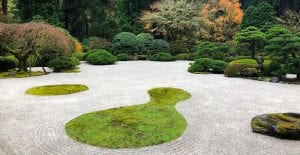 Meadows, woodlands, and wetlands occupy the site of the Storm King Art Center, an hour’s drive from New York City. The woodlands provide a setting for large modern and contemporary sculptures. They stand along with drawings and photographs that round out the collection. The 500-acre outdoor museum is the best-known art park in the United States; dozens more are elsewhere.

Mother Nature is the focus at the Japanese Garden in Portland, Oregon. Experts consider this the most authentic such garden in the world, outside of Japan. Among eight areas tucked into the compact space visitors find a sand and stone garden, bonsai terrace, and tea garden. In a graceful tea house that overlooks scenery, many enjoy tea and ponder peacefully.

Ghosts rather than gardens also can be the object of nearby excursions. Many people who live in, or near, the small town of Napanoch, New York, know about the Haunted Shanley Hotel with its several resident ghosts. One is believed to be Beatrice Rowley, eventually the wife of James Shanley, who purchased the property in 1906. Beatrice lost three children at young ages. And hotel guests report seeing a woman in period dress wandering the hallways. They also get sniffs of the fragrant perfume she once favored.

On the other side of the country, the Stanley Hotel in Colorado was used as the setting for the interior shots of The Shining, starring Jack Nicholson. Pay extra for their Spirited Tour. Stay on the 4th floor where chills may dance down your spine in the dark of the night.

An even older story is told in the tiny village of Whaleyville, Maryland, one of the countless places around the country where interesting chapters of history come to life. The minuscule community (population about 150) was founded around 1670 by General Edward Whaley, a fugitive from the English Puritan revolution taking place at the time. Discover where you live may take some research, part of the overall enjoyment of local travel. 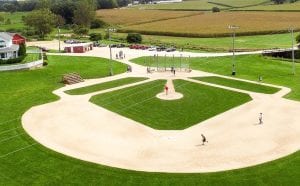 Field of Dreams in Dyersville, Iowa. by Joe Sohm/Dreamstime.com

Some of Whaleyville’s original buildings still stand. Now, more recently constructed homes incorporate older buildings as kitchens or other adjuncts. While no signs identify these remnants of early dwellings, local residents usually can point them out to passers-by interested enough to ask.

Dyersville, Iowa, is larger (population about 4,500) than Whaleyville, and its claim to fame is based on fiction rather than fact.  A farm there still contains the baseball diamond depicted in the 1989 movie “Field of Dreams.”  Fans of the motion picture show up to check out the farmhouse and regulation size field where the action took place.

A very different site played the role of the Shawshank State Prison in “The Shawshank Redemption.” Among places awaiting exploration at the brooding Ohio State Reformatory in Mansfield are Warden Norton’s office, the Parole Board meeting room, and the tunnel through which Andy Dufresne escaped.

The names of towns also provide an amusing, at times amazing, research project. As a starter exercise, consider searching for why and how Accident, Maryland, Boring, Oregon, and Hell, Michigan, received their names.  Use your imagination, and computer keyboard, to discover intriguing treasures in and near where you live. I’ll bet many are worth a visit if only as an educational adventure.

Discover where you live by playing Guess the Name Game 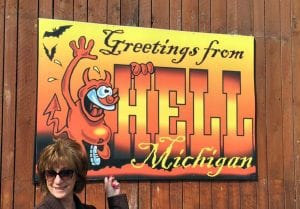 Consider Shawshank an unusual word? How about Zzyzx Road, Puddin’ Ridge Road, and Capitalsaurus Court? They’re among names of streets that are, to say the least, curious. Searching for others near where you live, then researching the source of their designation, can provide an enjoyable pursuit without leaving home. This is part of the “discover where you live” enjoyment.

Zzyzk Road runs 4.5 miles through the Mojave Desert. It got its name from a man who established a health spa in the area in 1944 and sought a unique identity. The word, officially adopted by the U.S. Board of Geographic Names, provides a tongue-twister — pronounced Zye or Zex. Michael Connelly made this road part of his detective novel, The Narrows.

According to lore, the unforgettably named Puddin’ Ridge Road in Moyock, North Carolina, brings tourists. Locals said that before it was paved, it was like wading through thick pudding after a storm.

Dinosaur bones, discovered near the U.S. Capitol in Washington, DC, prompted city officials to adopt the moniker Capitalsaurus Court. The official name bestows for a one-block stretch of F Street SE near where the bones were unearthed, its own day, January 28. Now, the Capitalsaurus name belongs to DC’s official dinosaur.