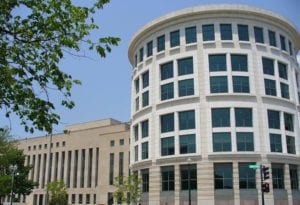 In the world of the class action suit, there are normally not many cases brought against the airlines. Since the route through state courts is not possible because of federal preemption, class action suits are difficult and expensive to mount.

However, even with the judicial procedural hassles, 103 cases have been brought up against the airlines for collusion. These cases were combined into one case being argued at the DC District Court (MDL Docket No. 2656 Misc. No. 15-1404 – CKK). From a consumer protection point of view and from the arguments’ point of view, this is a case supported by Travelers United. These lawsuits date to days when the Department of Justice revealed it was investigating airlines for potential anticompetitive practices.

In 2013, Travelers United argued before the Senate Commerce Committee’s Aviation Subcommittee that the biggest danger of the pending USAir/AA merger that other than the loss of competition because of overlapping connecting flights, would be the dangers of capacity restrictions that would cost consumers more as airfares rose.

This collection of class-action suits filed after the merger announcement all make the claim that the big four airlines — American, Delta, United, and Southwest — colluded by restricting capacity to keep airfares higher. DOJ seemed interested in the same issues as the merger closed in 2015. These concerns and the anti-merger arguments resulted in this burst of class action suits.

According to reports from Reuters:

Passengers claimed that the conspiracy began in early 2009, and has resulted in higher fares and reduced flight choices.

They said the conspiracy, together with low fuel prices and higher fees for checking bags and other services, helped the airlines post a record $21.7 billion combined profit in 2015.

The airlines said the litigation should be dismissed because there was no proof of an agreement to collude, or that they reduced capacity in tandem.

The case, obviously, is not going to disappear soon.

Early this year, Southwest Airlines paid a $15 million settlement and pledged to cooperate against American, Delta, and United Airlines. The settlement could provide a means of illustrating the close cooperation among airlines to conspire against the interests of consumers.

“This so-called “Icebreaker” settlement is reason for consumers to cheer,” according to the Business Travel Coalition. If the airlines are found to have “colluded to limit capacity on their respective airlines in a conspiracy to fix, raise, maintain, and/or stabilize prices for air passenger transportation services in the United States” in violation of the Sherman Antitrust Act, this case could mean in-depth changes in the aviation business.

Southwest’s promised cooperation is broad. The settlement requires Southwest to:

“(i) provide, through counsel, a full account of facts then known to Southwest regarding the plaintiffs’ claims, including details about communications, pricing and profitability in the industry, and the identity of individuals with knowledge about the alleged conduct;

(ii) facilitate and pay for informational meetings with an industry expert;

(vi) provide, through counsel, information gathered from senior executives; and

(vii) make one Southwest employee at the vice president level or lower available for trial testimony.”

Clearly, this settlement by Southwest with the prosecutors can be a game changer.

Travelers United is in contact with the legal teams and will follow this class-action suit carefully as it proceeds. 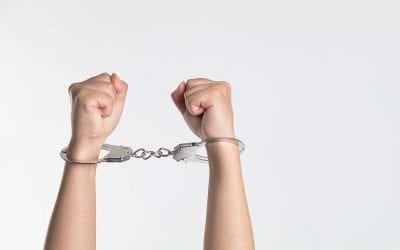 Know the laws while traveling to avoid legal trouble