From plantations to churches and from schools and museums, civil rights sites relive the beginnings of desegregation 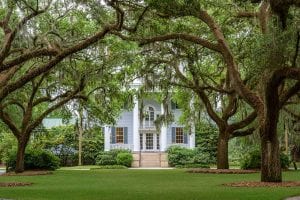 As the Civil War drew to a close, soldiers of the 55th Massachusetts Volunteer Regiments occupied McLeod Plantation. Held by on James Island, South Carolina. Earlier, it had been held by Confederate forces. Later, approximately 185,000 U.S. Colored Troops, as they were called, fought with the North. This fort and plantation commemorate America’s civil rights.

The McLeod Plantation was established in 1851 near Charleston. The property includes the main house, slave cabins, a cotton ginning house, and a sweeping oak tree alley. Visitors may relive the Civil War chapter of history, as well as the story of African slaves who lived and toiled at the plantation.

This is one of the numerous sites around the country that recount pages from the fight for freedom and equality waged by segments of our population. Plantations, churches, and schools are among the sites where skirmishes in the effort took place. Some serve as reminders of tragedies, others of victories, in the struggle.

The role of churches in the fight for civil rights

Churches have played a major role in the Black civil rights movement. They long have been a source of the struggle for equality and at times the site of violence.

At the 16th Street Baptist Church in Birmingham, a clock always shows the time of 10:22. At that time on September 15, 1963, a bomb exploded, killing four Black girls between 11 and 14 years old. The church found itself targeted by members of the Ku Klux Klan. Here, civil rights activists met and trained. It continues to house an active congregation and provides tours.

READ ALSO:
What are 2021 travel fears? Should travelers actually worry?
Want to travel after coronavirus lockdowns? Everyone does!
Tiny toiletries

Going to school for equality 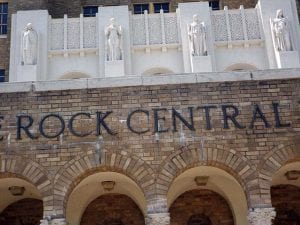 Probably the most famous or infamous school that captured headlines is Central High School in Little Rock, Arkansas. This civil rights sight figured in one of the most important Supreme Court rulings. In 1954, the US Supreme Court ruled that segregated schools are unconstitutional. Children may not be denied admission because of their race. Three years later, when nine African-American students sought to enroll in all-white Central High, they were blocked.

It took an order by President Dwight Eisenhower, directing the Arkansas National Guard to escort the youngsters into the building. This ended the impasse. Central High remains a functioning school that, according to its motto, seeks to help “all students feel valued and respected . . . in a diverse and changing world.”

Civil rights sites, some well known and others somewhat surprising, provide introductions to the fight for equality. The National Museum of African American History & Culture in Washington, DC, part of the Smithsonian Institution, is the largest museum in the world devoted to the lives of Blacks in America and it tells a powerful story.

The focus of permanent collections range from activism and the American West to religious groups and segregation. Exhibits like Louis Armstrong’s trumpet paint a positive picture, while others – iron collars from slave ships and a rope used in a lynching – are not for the faint of heart.

The Mississippi Civil Rights Museum in Jackson houses interactive galleries. They demonstrate “the systematic oppression of Black Mississippians and their fight for Equality.” This civil rights site also recalls the brave responses of those who challenged racism. 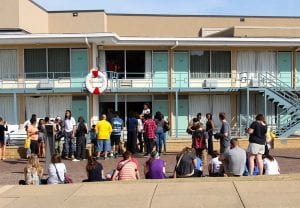 Medgar Evers Home Museum, in the same city, honors the civil rights leader who in 1963 was assassinated in the driveway of his house. He was returning home from a meeting carrying T-shirts that read “Jim Crow Must Go.”

Martin Luther King, Jr. is memorialized by buildings, highways, and other monuments around the country that bear his name. The Lorraine Motel in Memphis, Tennessee, where he was fatally shot on April 4, 1968, while standing on the balcony, stands in testament to him. The building, part of the National Civil Rights Museum, traces the history of human rights from the 17th century to the present.

The impressive Martin Luther King, Jr. Memorial sits impressively across the DC Tidal Basin from the Jefferson Memorial and next to the FDR Memorial.

The fight for equality for Native Americans 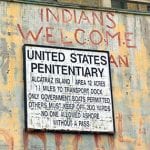 A sign left from the Native American protests at Alcatraz. ©Michele Kemper/Dreamstime.com

Of course, the fight for equality in the United States isn’t restricted to African Americans. A Native American civil rights movement was born in the 1960s. It led to the occupation of Alcatraz Island in San Francisco Bay, the site of the former prison.

The demonstrators maintained control there for 19 months. They claimed it as compensation for the U.S. Government‘s violation of numerous treaties. They offered to pay for it with beads and trinkets.

The Latino/Hispanic community has joined the battle

Two places associated with the fight for Latino/Hispanic rights are the National Chavez Center and Cesar Chavez National Monument in California. They recall the legacy of the labor activist remembered for fighting for the rights of migrant farmworkers. 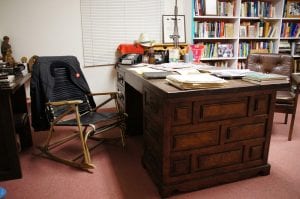 Chavez spearheaded a strike of grape pickers in 1965 that lasted five years. Eventually, it led to boycotts that ultimately resulted in an agreement providing benefits to the workers. Discover that and other accomplishments here. Chavez rests peacefully on the site near the former headquarters of the United Farm Workers of America.

When you visit any of these monuments to the civil rights movement, see them as much more than brick and mortar. Each tells a story of hardship and sacrifice, along with a victory over hate and prejudice by those who fought, and sometimes died, for their cause.

NOTE: The civil rights sites you wish to visit may be temporarily closed because of COVID-19 restrictions. Put them on your “see later” list.

Vaccination reality — Can you travel safely? Must you wear a mask?