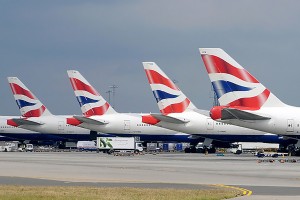 Back in April, British Airways (BA) lost a judicial action against a group of passengers who have filed a class action suit against BA for adding fuel surcharges to frequent flier reward travel. This class action suit has been continuing since November 2012. Finally, some positive action in the arcane world of federal courts.

After five years of legal battles, a class action was certified on behalf of over 170,000 disgruntled British Airways frequent fliers in New York federal court on March 31, 2017. The class action suit alleges that the fuel charge is arbitrary, and is not in accord with the Frequent Fliers contract. British Airways charges frequent fliers fuel surcharges when using rewards points to pay for flights. The charge can sometimes be up to $500.
The case is: Dover et al. v. British Airways PLC, Case No. 1:12-cv-05567, in the U.S. District Court for the Eastern District of New York. 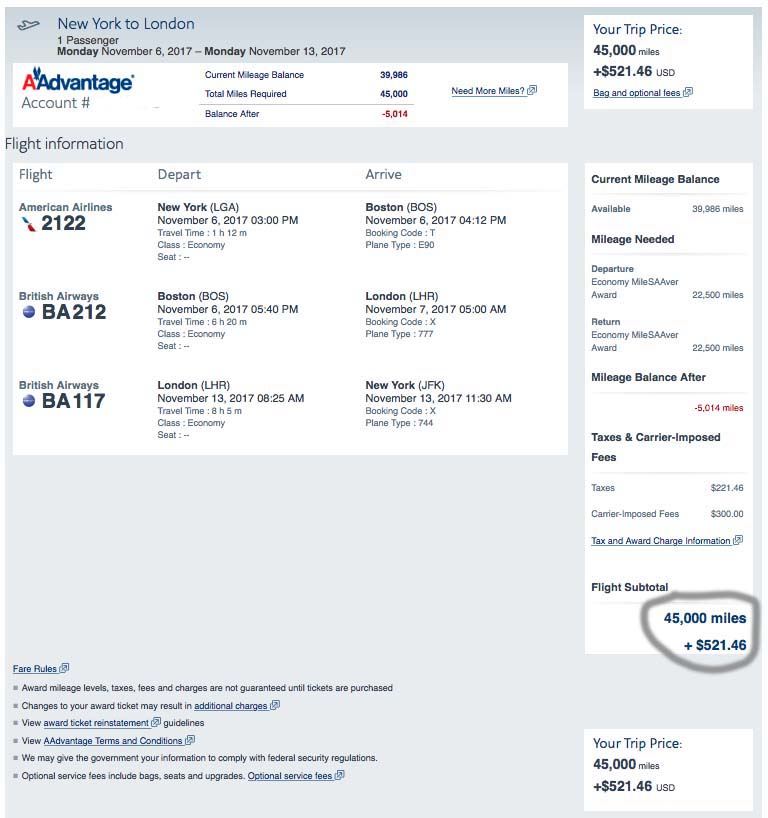 Here is the American Airlines Frequent Flier miles charge for the same New York to London Flight via Philadelphia. Note that the additional charges are only $176.46. There is no fuel surcharge or “carrier-imposed fees.” Note: When the fuel prices dropped dramatically, the airlines changed the term that they used for the surcharge from “fuel surcharge” to “carrier-imposed fees.” 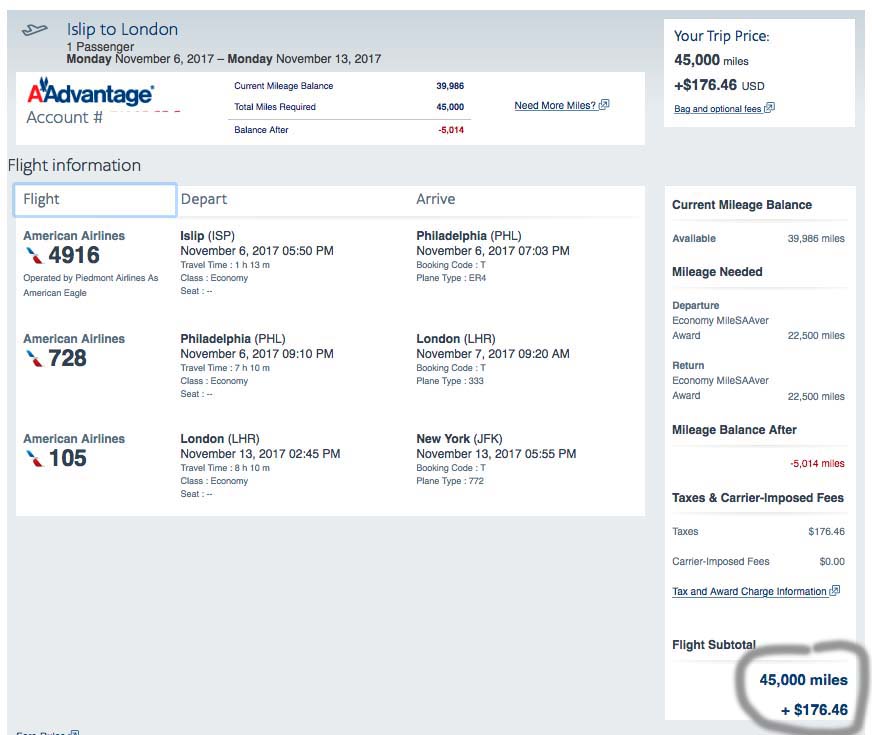 After failing to get the suit dismissed, British Airways changed tactics and argued that the class — which includes U.S. resident Executive Club members who used rewards points to pay for tickets between November 2006 and April 2013 and were forced to pay a fuel surcharge — lacked the commonality required for class status due to the fluctuating cost of fuel throughout the class period. However, the judge rejected this argument, holding that the specific cost of fuel throughout the class period was irrelevant since the class held a uniform meaning of the term “fuel surcharge.”

The case has had many twists and turns. However, this is the closest that consumers have ever come in a class action suit against airlines.

Prior to changing the name of the additional fee to “carrier-imposed fees” from “fuel surcharge,” BA claimed that “this fee is not an actual surcharge that is determined based on the cost of fuel.” It was another blatant case of airline doublespeak. The consumers won that legal battle and managed to get the judge to determine that the “fuel surcharge” was a breach of contract claim.
Travelers United is watching the developments in this class action lawsuit carefully.

At hotels, 'for your convenience' rarely is

"No" to increased airport taxes — December is decision month in Congress 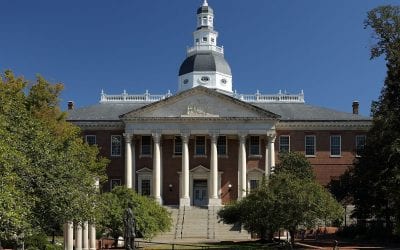