Should frequent flier miles be taxed? Banks once sent out Form 1099MISC for miles awards worth more than $600. 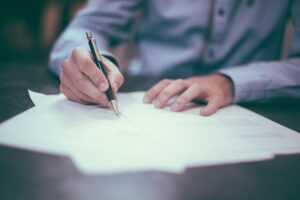 About seven years ago DOT’s Advisory Committee for Aviation Consumer Protections debated whether frequent flier (FF) miles should be taxed. Are those miles now a taxable currency? Should frequent flier miles be taxed? And how?

The question surfaced when the IRS Tax Court upheld taxes collected for a frequent flier’s award of a flight worth over $600 that was reported by Citibank to the IRS on a Form 1099 Miscellaneous Income. This application of an official value on frequent flier miles for taxation was a first for frequent flier programs.

The decision by the tax court is not considered binding, but it does provide a dangerous precedent — for both FF members and airlines. And, the court was careful to note that the frequent flier points used to purchase the airline ticket through the bank’s “thank you points” program were not actually accrued by flying; they were accrued by opening a bank account. If a toaster oven or a “dustbuster” was provided by the bank for opening an account, it would be a taxable action. The tax court was simply applying a consistent ruling.

The same IRS logic applies to miles earned by using credit cards. Consumers are simply receiving a form of the rebate when they receive FF miles for using a credit card. That is not considered a taxable event.

Should there be two different kinds of frequent flier miles?

In the case of the taxed frequent flier miles (“Thank You Miles”), the miles were held in a separate account and used to purchase an airline ticket through the bank website rather than through an airline FF website. That appeared to make the transaction a clean bank-to-consumer transaction. Plus, the actual miles were not considered a taxable action. The redemption of the miles for a ticket that had a value of more than $600 was the act that triggered the taxable event, not the awarding of the miles.

To make matters more complicated, the IRS Form 1099s were issued based on the bank’s calculation of value prior to any redemption. Does this mean that those miles have value and that there was “consideration” exchanged between the bank and the customer? Though the IRS ruling focused on the redemption of the miles, the issuance of the 1099s assigned a value associated, according to the bank, which was clearly to the distribution of the miles, not the redemption.

The tax court applied a value to miles received through banks when issued as an enticement to acton rather than as a rebate for action. The two different reasons for the transfer of miles led to the conclusion that there are “taxable miles” and “non-taxable miles.” However, with a plethora of different negotiated values for program miles how can the tax authorities calculate exact value?

In most cases, when earning rewards for spending money — with a credit card, for example, or on a plane ticket or hotel room — there’s no need to worry about paying taxes on them since they’re treated as a rebate or discount on purchases. Earning rewards or cash for something else, though, like opening a new bank account or referring a new customer — those are considered taxable income — and remember that while the bank should send a tax form in most cases, passengers are required to report the income on our taxes whether or not a form is received.

However, what FF miles are worth and which specific miles are taxable is a big question.

Who owns the FF miles in the passengers’ accounts?

According to the agreement every passenger signs when opening FF mile accounts, the airlines own all of the frequent flier program miles. Again, the tax court’s assignment of value to the miles may be used to claim that the ownership of the miles received by the customer is personal. The question raised during the advisory committee deliberations was how much was a FF mile worth. For that question, there is no clear answer.

The tax court’s ruling seems to be unique. Once the bank miles are deposited into a FF account and mixed with other accrued miles, it becomes impossible for the IRS to determine whether the miles used to purchase a ticket were earned or gifted. In this scenario, the IRS rule becomes unenforceable.

Evidently, after a flurry of court cases, the tax courts couldn’t come up with a way to quantify any losses to the government that would make the collection of taxes on FF miles worthwhile.

Should there be a distinction between FF miles earned through flying and paying for airline transportation and those provided as a gift by the banks? In reality, there is such a difference that airlines are not interested in disturbing the sleeping tax dog. They are content to allow the IRS to sleep. 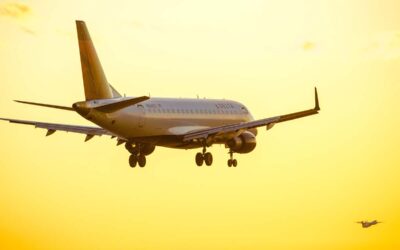