Seat pitch in planes keeps shrinking; seats themselves become thinner and less comfortable; and the width of seats is getting narrower as Americans get, shall we say, broader. Let’s face it, coach passengers are facing a squeeze that they have never experienced before in the history of aviation. Pets, on the other hand, are protected by specific space, food and water requirements. With the differences between the front of the plane and the back of the plane getting more dramatic, passengers are beginning to think that some kind of human minimum space requirements should be mandated.

Now that airlines have discovered their perverse marketing logic that discomfort helps them sell more seats with pitch, all humane considerations for adequate seat dimensions seem to have been tossed aside. Worse, passenger discomfort has become a profit center.

You might call it a game of aeronautical chairs that will directly affect passenger comfort, convenience and cost.

Two experts with inside knowledge of the airline seat industry — a vice president at a seat manufacturer and a nationally recognized expert in the study of body measurements — recently talked frankly about some of the reasons behind the anger and discomfort.

But in general, the problem’s “not you — it’s the seat,” she says with a chuckle.

In an article written about a decade ago, I noted that slaves and prisoners received more space than coach passengers back in the days when the UK was sending prisoners to Australia and the Romans were chaining slaves to their oars on their warships. 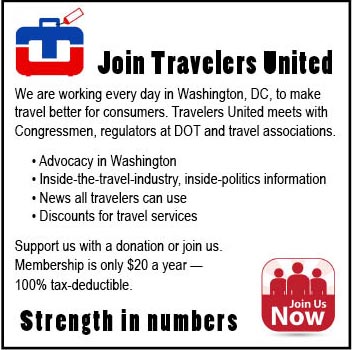 According to historical records, galley slaves had a minimum of 36 inches of seat pitch.

Of course, no one would want to be chained to their wooden plank, but you get the idea. Even the ancient societies had minimum standards for human cargo and their workers. It helped the forced labor work better and guaranteed that they could survive the trip.

None of those considerations seem to come into play these days as seats are squeezed closer and closer together in the back of the plane and passengers — especially passengers six-feet-tall and more — seriously consider paying for extra space so that they can survive their travels. Yes, even I opt for extra legroom for the extra $100 or so on transatlantic flights these days.

Key statistics show that passengers are getting larger. We hear it every day when news stories talk about school lunches, when the President releases his approved foods for school, when Mayor Bloomberg announces banning “Big Gulp” sodas. But, no one seems to murmur when airline seat dimensions are declining while the dimensions of the population increases.

Current standard coach seat widths range from 17 to 19 inches between the armrests, says Luedeke [a vice president at airline seat manufacturer TIMCO Aerosystems], and that little piece of real estate is known in the industry as “living space.”

The term seems appropriate for some non-stop transoceanic flights that will have you inhabiting your “living space” for up to 18 hours.

“One of the most important things about a comfortable seat is the ability to move in it,” Robinette says. “You have to be able to readjust your posture every so often for it to stay comfortable.”

The IATA (International Air Transport Association) minimum dimensions for kennels used to transport dogs takes this space for movement and to readjust posture into consideration. No such humane treatment is afforded passengers, even with cases of deep vein thrombosis increasingly being reported on long flights.

Some airlines are now limiting even the space within which passengers can walk or move during flights. It isn’t too much of a stretch to find passengers restricted to their seats — it happened for flights in and out of Washington Reagan Airport after 9/11 when passengers were forbidden from standing or using the bathrooms for 30 minutes before landing or after take-off from DC.