Passengers should be compensated for airline IT failures

Airlines IT failures are not Acts of God. Passengers need DOT action. 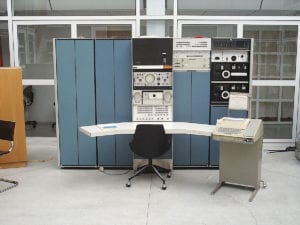 There are a series of problems caused by airline information technology (IT) failures, yet airlines accept little responsibility for their own actions and force passengers to pay. Two of the biggest airline IT failures of airlines that have had multimillion-dollar consequences for passengers are reservation/computer system outages and flight delays. Both can be addressed by the Department of Transportation (DOT) should the department choose to deal with flight delay compensation.

Even worse, the flying public, when dealing with the airline IT failures, succumbs to a Stockholm syndrome where they feel trust and affection for the very group that is kidnapping and delaying them when the airlines can find a solution. We owe airlines absolutely no affection. They owe us for not delivering the service they promised.

Over the past year, airline IT failures have become almost epidemic. Whenever these systems break down, everything from reservations and customer service together with operations breaks down. The airlines have resorted to treating these incidents as “Acts of God.” However, these are airline failures that are completely under the control of the airlines and their contractors.

Yet, passengers are the ones who suffer the most. If passengers miss connection flights, they either have to wait extraordinarily long times for onward transportation, or they simply lose their airfares on other flights if they are not connecting on the airlines that suffered the IT outages. Let’s say that a passenger booked a flight on Delta Air Lines and was connecting to JetBlue or Spirit. The passenger would find that they have been considered a “no-show” and can lose the entire value of their ongoing airfare. And, that’s not to mention problems with lost hotel reservations and package tours.

Everyday flight delays are caused by airline IT failures

Flight delays often have many consequences for passengers that are similar for passengers to those suffering under IT failures. However, these delays are simply catalogued and passengers do not receive any flight delay compensation. Unfortunately, airline contracts of carriage, legal contracts between passengers and the airline, do specify that passengers are to expect a flight operating according to a schedule. The only guarantee is that the passenger will be transported from Point A to Point B. There are no requirements for airlines to even stipulate the time or date of arrival — everything is on “best efforts.”

Of course, in the olden days (pre-2008, more or less) airlines had agreements that provided connections to other airlines in case flights were delayed or canceled. Today, the reciprocity agreements (or interline agreements, as they are often called) have been scaled back. Major airlines like American and Delta refuse to help each other with stranded passengers. Of course, the airline bottom lines do not suffer.

There are many reasons for these delays.

Every airline IT failure can be attributed to a human failure in programming or maintenance of the IT system. However, the airlines prefer to claim that the IT system, just like a snowstorm or a hurricane, is to blame. “Horse hockey,” I say.

In a Wall Street Journal article on technology failures, many of the less technologically trained have been succumbing to a high-tech Stockholm syndrome.

…even nonfuturists have begun apologizing for the sin of humanity, accepting the superiority of their new robotic overlords, planning their own obsolescence. School time is squandered for activism, as if it no longer matters what children learn, as if the only thing they’ll have left to offer the world is a vote. Society is newly eager to legalize marijuana, as if sober labor is already of diminished worth. Nearly half of Americans now support a universal basic income, a plan by which government would keep citizens fed like pets, rewarded merely for being alive. News reports talk of “smart” cities, cars, classrooms. Everything seems smart to us, except us.

DOT needs to protect passengers from the airlines and contractor failures.

The bottom line is that airline IT failures are ruining consumers’ vacations, weddings, business meetings, family get-togethers and more are not smarter than we are. They are the problem. These airline IT failures can be lodges squarely at the feet of airline executives that have created a bigger and more complex system of scheduling and sales than any existant system can handle.

The resulting flight delay compensation is a situation where DOT needs to step in.

This does not require a degree in rocket science. A simple fine for flights arriving more than three or four hours late would provide passengers enough financial cushion to pay for an overnight or increased airfare. And, having these delays caused by airline/contractor created delays would solve the IT issues as well. It is time for flight delay compensation.

The European Union already has these common-sense rules in place. There is no reason that similar regulations should not be in place in the US for both domestic and international flights. It is time that passengers are compensated for the airline IT failures. We do not need to have the airlines who are wedded to their computer-run world condemning us for the sin of humanity. 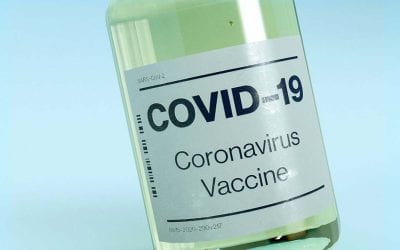