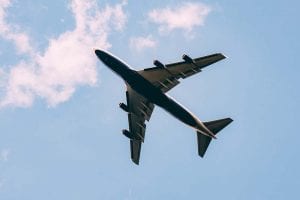 Travelers can experience real hassles with problems of changing terminals for connecting flights. Connecting from flights that arrive in one terminal with another that departs in a different terminal can be a major challenge.

Most regular travelers agree, the airlines are considerably too optimistic these days on determining realistic connection times when all flights don’t connect within the same terminal. This is a regular issue for travelers — changing terminals.

What seems to be an increasing pattern of extreme weather isn’t helping. In addition, full planes mean not only a potentially harder time getting off the plane to make a connection, but less chance of getting a backup reservation should the original flight be missed. Plus, the DOT rules that consider flights arriving 15 minutes late as actually on-time can add to the connection time crunch.

Code-shares and mergers don’t help either. Many times, changing terminals means going through security twice, transferring to another terminal on a bus and added time in lines.

What may appear to be a single airline connection can actually be two different carriers. And, in the case of some already-merged airlines, there may still be separate terminals. Thus, there’s a further distance between gates.

Passengers should know when connections are changing terminals.

While it might help to know probable gate assignments before booking connections, those change so frequently it is normally of no help — often carriers will change gates on the day of or even hours before departure.

There’s a little more consistency, however, in scheduled terminals. Here, a little preflight homework may save a lot of grief. Planning trips where connections are at least in the same terminal many times can save the day.

Here’s an international example. From Paris through London Heathrow to San Francisco, British Airways (BA) has about a 2-hour connecting time with United.

Doesn’t sound too bad, unless you’ve been to Heathrow. Because of the airport’s size and expansion, the terminals not only are not connected, they are not even close to each other.

To get from Terminal 5, where BA’s flights from Paris arrive, to Terminal 1 for United, requires a short ride on the Heathrow Express train, that runs every 15 minutes — outside of security.

Now, the connection is legal, but can travelers actually make it? Clearly some travelers must succeed sometimes or it wouldn’t be a legal connection. But, I wouldn’t attempt it if I had an important event to attend.

Even in the U.S., changing terminals can be either trivial or a nightmare. At some airports, it’s easy to change without exiting security, but at Los Angeles and JFK, for example, that’s often not an option. Adding TSA delays to the list of potential problems is asking for even more trouble and certainly more delay.

Carefully check connections when changing terminals, airlines, or from mainline to regional carriers.

Another changing terminals issue comes up with commuter planes and code-shares. Planes that appear to be part of the same airline actually are not. In this case, connections may take off and land in different terminals.

So how can a traveler avoid potential terminal pratfalls? Travel agents generally have the gate and terminal information, as do other online sites. When information isn’t available for flights far in the future, an option is looking at flights within the next week in order to get a rough idea.

Be particularly careful, too, when any airline change, regional jets or commuter carriers are involved. (In Denver, for example, all United flights use the same terminal. But auxiliary gates for regional jets are so far away. All but the fastest walkers can find any sort of tight connection a challenge.)

Remember, also, that all gate and terminal information can change on the day of departure due to a host of mitigating factors, so it’s impossible to be 100 percent sure of advance information.

Use common sense when changing terminals

Finally, as with changing terminals for connections and all things in travel, use common sense. If changing planes and the terminal is both necessary and critical, allow extra time. If possible, prioritize true online connections. And, if you see the connecting time and see the distances involved, and think to yourself, “that’s not realistic,” you are probably right. 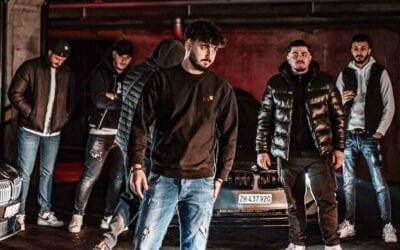